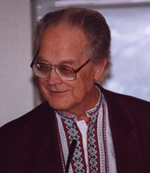 The Buteyko Method is a set of breathing exercises developed over 40 years by Prof. Konstantin Buteyko to develop healthy breathing patterns to maintain the correct oxygen:carbon dioxde ratio in the bloodstream.

Many asthmatics, and others with breathing difficulties, have experienced remarkable improvement in their conditions with this amazing method, allowing them to significantly reduce their dependency on medication, and enjoy a quality of life they had previously though impossible.

In the late-19th century, Austrian scientists Breyer & Gering discovered that man is the only biological specimen on Earth not to have developed a correct way of breathing – some of us breathe deeply, others superficially, some fast, some slow, some with pauses, some without.

Prof. Buteyko’s later research showed that only around one in ten of us breathe correctly, giving a very specific gas mixture which our organism requires to function correctly.

So how should we breathe?

How can we tell if we’re doing it right?

Many people mistakenly think they breathe lightly, but in fact they breathe very deeply. Many people suffering from asthma, allergies, bronchitis, empysema and myriad other complaints will tell you they feel they can’t breathe enough, when they are actually breathing three or four times the normal volume of air.

Prof. Buteyko developed a test to measure depth of breathing and consequent retention of carbon dioxide, resultant oxygenation and health. He named it the ‘Control Pause’ breathing test. Get yourself a clock or stop-watch & try for yourself:

The number of seconds that elapsed is your Control Pause. Less than 10 seconds, and you have health problems. Less than 25, your health needs attention. 30-40 seconds is satisfactory, while 60+ seconds is excellent.

The myth behind deep breathing

Traditional wisdom tells us that deep breathing is best as it provides the most oxygen. We inhale oxygen and breathe out carbon dioxide – oxygen=good, CO2=bad. Prof. Buteyko discovered that those who were sick breathed much more than those who were healthy; that is, their tidal volume, depth & frequency were far greater. Could it be that deep breathing was actually contributing to their ill-health?

In 1871, the Dutch Doctor De Costa discovered ‘Hyperventilation Syndrome’ whereby deep breathing in a relaxed state caused dizziness and sometimes fainting. Often attributed (incorrectly) to oxygen saturation, the Verigo-Bohr effect suggests that in fact it is the ratio of carbon dioxide which controls the release or retention of oxygen in the blood.

Russian physiologist Verigo and Danish scientist Bohr discovered independently that without carbon dioxide, oxygen is bound to the haemoglobin in the blood and simply doesn’t work. This leads to oxygen deficiency issues in major organs of the body, and so raises blood pressure. Strange as it may seem then, oxygen deficiency is not actually cased by a lack of oxygen, but by a lack of carbon dioxide! If we breathe too much, we get too little oxygen!