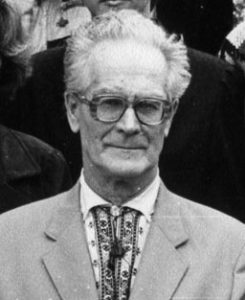 Russian medical scientist Dr. Konstantin Buteyko theorised that there was a profound relationship between our breathing pattern and our level of health. Many of the founding fathers of modern medicine, such as Bohr, Henderson, Holden, Priestley and Lavosier had previously reached a similar conclusion. Buteyko devised a programme to retrain the involuntary breathing mechanism. No drugs or surgery were employed. Instead, a supervised training programme of tailored breathing manoeuvres was taught to patients. Dr. Buteyko found that when patients improved their breathing, symptoms in a large variety of chronic conditions diminished in severity.

When he formally presented his findings and a detailed theoretical explanation to the medical elite in Russia in 1960, they were outraged at the proposal of a non-medical treatment which claimed superior results. However, by 1967, official statistics cited over 1000 people “cured” of asthma, hypertension and other related conditions through Respiratory Reconditioning. The response from the medical establishment was to prohibit publication, or even lectures on the phenomenon. To this day, the vested interests of drug companies and surgical intervention have invariably slowed down the spread of knowledge about this drug-free approach.

Despite repression from Soviet medical authorities, Dr. Buteyko’s work was supported by grateful patients, who included academics and the many of the political elite. Athletes and the military also supported Respiratory Reconditioning for its facilitation of super-endurance. Dr. Buteyko trained practitioners and they travelled around the USSR, promoting and teaching Respiratory Reconditioning, successfully treating tens of thousands of people.

In 1980, it was endorsed by the Ministry of Health after successful trials, but conservative medical resistance thwarted its general implementation. In 1990 the Buteyko Method was introduced to Australia, where published medical trials in 1994 showed that severe asthmatics reduced symptoms and their need for reliever medication by 90% and inhaled steroids by 49%. Over ten thousand Australians have successfully learned the Method. The Buteyko Method has been featured in numerous major news articles and television documentaries. Later in 1994, the Method was introduced to the UK and was widely supported by patients, acclaimed by the media and, again, featured in several television documentaries.

Because of the support of individual medical doctors, the claims of tens of thousands of patients, the time and effort put into medical trials, news articles and television documentaries, the drug-free approach of the Buteyko Breathing technique is slowly being recognised as a viable complement to allopathic medicine.