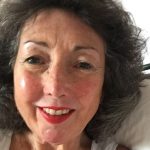 My Buteyko training was with Russell and Jennifer Stark, from New Zealand, who had worked with, and been trained by, Alexander Stalmatsky. They were instrumental in setting up the Buteyko Institute of Breathing & Health in Australia. This brilliant training course was tough – it is aimed at teaching and follow-up mentoring of small groups of clients.

This intensive Buteyko practitioner training lasted 2 years, involving months of observation of 50 asthmatic clients, followed by supervised teaching and finally an assessment period until the first 50 clients had been taught. Read more here. 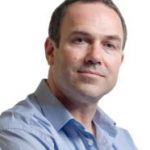 I am a highly experienced massage therapist trainer, based in London. I have observed hundreds of Buteyko clients, and trained to teach Buteyko over the past 3 years with Linda, and with Patrick McKeown in Ireland.

I am now a member of the Buteyko Breathing Centre team, running courses in Central and SW London, and I also offers consultations in SW London.